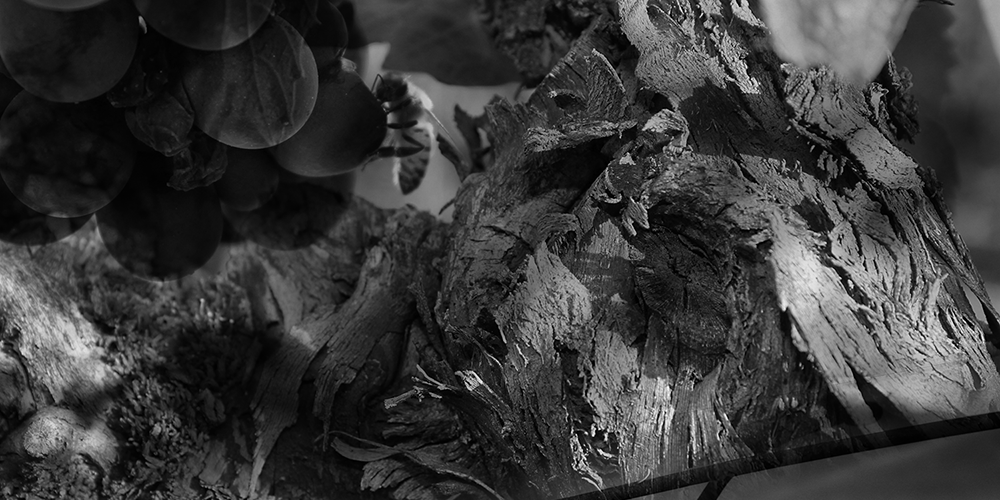 However, some winemakers who have taken this route of converting to biodynamic viticulture, are sometimes isolated, both geographically and on their intellectual journey.

But the new generation of winemakers have an acute awareness and together with the impetus of sharing and support, are going to accelerate the movement in the years to come. 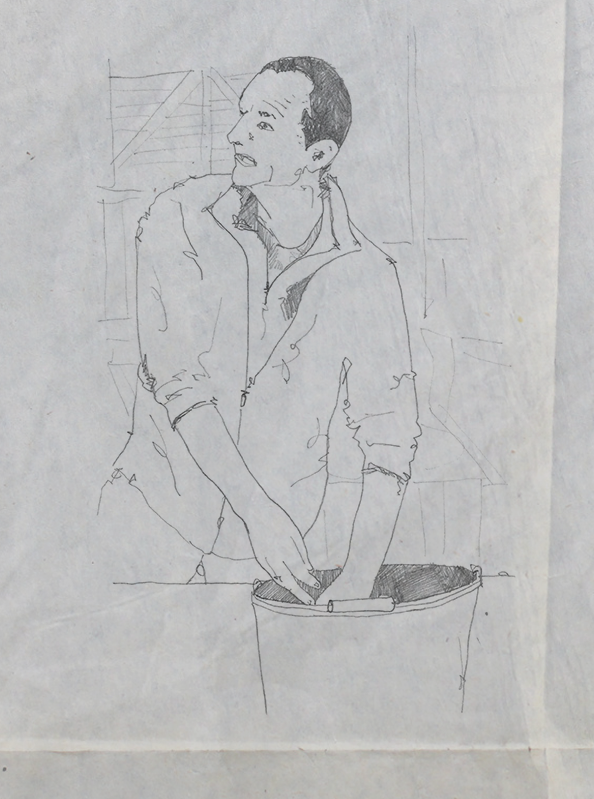 Domaine de la Cabotte has the distinctive characteristic of 45 hectares as one plot of land on which there are 30 hectares of vines, which makes it perfect for biodynamic agriculture.

In France, biodynamics in wine have experienced a huge rise thanks to pioneers like François Bouchet, Nicolas Joly, Pierre Masson, and also Jacques Mell. François Bouchet had already begun to work along these principles in the 60s. During the last fifteen years, with the strong knowledge and experience of these pioneers, a number of wine estates have converted to biodynamics with the vines as well as in the cellars. The recorded results are so encouraging that the number of winemakers undertaking the conversion has constantly been growing for the last five years. Today, only 15% of vineyards are organic, less than 1% of all French vineyards. But the new generation of winemakers have an acute awareness and together with the impetus of sharing and support, are going to accelerate the movement in the years to come: in effect, according to Demeter France, biodynamic viticulture has increased 15% per year during the last five years.

However, some winemakers who have taken this route of converting to biodynamic viticulture, are sometimes isolated, both geographically and on their intellectual journey. For many this choice is still difficult to live with on a day-to-day basis. And over and above the essential work on the vines, careful thinking must be carried out as well as facing up to criticism from professionals around him and sometimes family members too, to achieve his conversion project. It is therefore essential to create a link between biodynamic growers to inform and support these newcomers.

Knowledge sharing
to guide and move forward together

Today biodynamic growers undertake collective actions to go over and beyond the distances which separate them and create fine, participatory dynamics. On this subject I recently had the occasion to listen to a presentation by Eric Plumet from Domaine de la Cabotte in the Massif d’Uchaux (Vaucluse) during the MABD annual viticulture conference (Mouvement pour Agriculture Biodynamic, The French Biodynamic Agricultural Movement affiliate to Demeter). Eric is active in the collective approach and his experience on the topic is extremely interesting.

To quickly introduce the Domaine de la Cabotte: it was taken over in 1981 by Eric’s wife, Marie- Pierre Plumet-D’Ardhuis. It has the distinctive characteristic of 45 hectares as one plot of land on which there are 30 hectares of vines, which makes it perfect for biodynamic agriculture because the biodiversity, the surrounding countryside and the hilly areas are preserved, protecting it from external pollution.

Eric became interested in biodynamics in the 1990’s and the domaine began to experiment in 2006 on certain plots previously worked organically – which remains a requirement in order to be certified by Demeter or Biodyvin. It is imperative to be guided during the conversion period where advice is particularly important to move forward calmly, with a sensitive discipline, outside of all scientific constraints.

So, Eric got to know Jacques Mell, a technical advisor and big biodynamic promoter, who has surveyed vineyards in France and Italy for thirty years and is equally known for having followed Francis Boulard in Champagne during his estate’s conversion in early 2000.

Then in 2007, the estate became entirely biodynamic. In the Vaucluse, few vineyards had converted to this agriculture. Biodynamic agriculture suffered from a lack of notoriety and it was still difficult to talk about the subject. Eric, however, wanted to meet other winemakers committed to this approach and to talk about their practices.

Creating a local association to support this dynamics

In 2010 he created, with five other winemakers from the Côtes-du-Rhône, the Club, Les Bio-Dyn Dingues Donc (a French pun that means: “So then, the crazy biodynamic winemakers”) in order to share practices and techniques with their biodynamic experiences but also to spend welcoming and lively times amongst the vines! Since 2010 the Club has gone further and now groups together 12 winemakers from several wine appellations in the Rhône and South-East. In their respective regions, these winemakers are the relay for the Club, circulating information to local winemakers. Over and above the wish to inform and demystify biodynamic winemaking to professionals and wine lovers, these winemakers go together to wine salons and organise collective events whilst discovering their wines.

For several years, Eric Plumet has also begun to work on the biodynamic preparations and has buried cow horns with cow dung each Autumn with his neighbour, Arnaud Guichard, from Domaine de la Guicharde. From the beginning, this was an opportunity to have a good time with winemakers whilst burying about 150 horns during the day ready for the next season. As the years went by, an increasing number of wine growers became interested in this approach and they quickly found 15 to 20 wine growers to help during these preparation days. Eric felt the need to be accompanied again to ensure results for all these newcomers. He made contact with the MABD, who offer training services and provide courses on different biodynamic agricultural themes. One teacher joined the little group of winemakers to put workshops in place on the theme of biodynamic preparations, which are essential throughout the year to ensure the vines’ energy balance.

Today there are fifty winemakers in the surrounding area of the Domaine de la Cabotte. They buried nearly 3000 horns in October 2016, preparing nearly 300 kilos of Maria Thun’s dung compost (CBMT) which can cover up to 550 hectares of vines. They have also made the choice of structuring this group as a club to best organise the creation of all the biodynamic preparations. So Eclats de Lune (Moon Flashes) was born. At the heart of this club, each person commits to two days a year to make the preparations: one day in October to prepare the CBMT horns, when the group is sometimes joined by amateur gardeners and curious enthusiasts. Then another day is organized in April to lift up the horns and prepare the 501 (Horn Silica), complementary to the dung compost.

The club also welcomes students from the Wine University at Suze-la-Rousse, situated near the Massif d’Uchaux. It’s a great occasion to share practices and the spirit of biodynamism in the wine learning process but also an opportunity to taste the wines of these winemaker members in the fresh air. 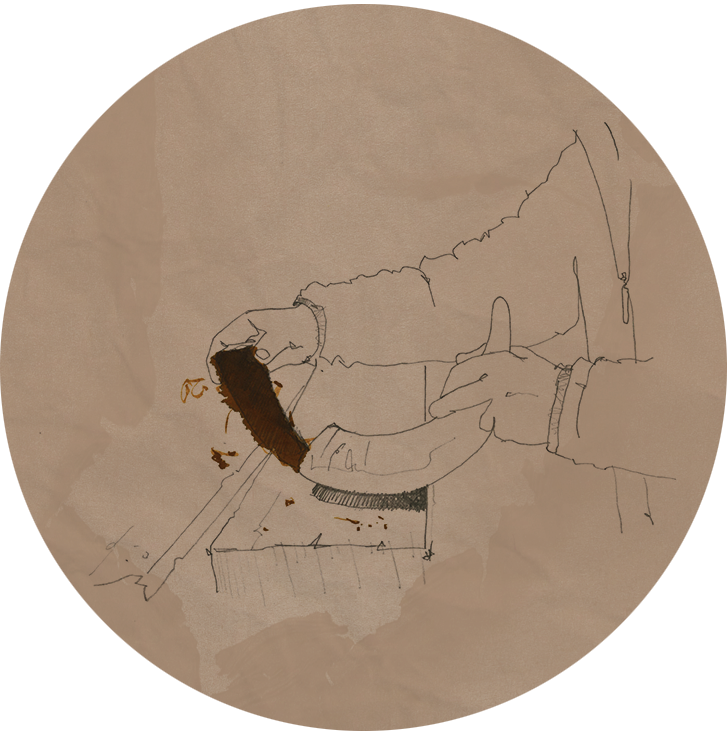 The issue of the grapevine flavescence dorée

Within his presentation, Eric also brought up a current topic on which the club hopes to be the loudspeaker, as much as possible, for the concerned winemakers: Candidatus Phytoplasma vitis, and its vector is the leafhopper, Scaphoideus titanus; an illness which kills vine stocks in the end. As a biodynamic winemaker he explained that it was difficult to make himself heard on this subject by the wine organizations in charge of the struggle against vine diseases.

Chemical treatments, not being an option for winegrowers who have been working for many years in a healthy and respectful manner towards their environment, alternative solutions are urgently needed. These winemakers want to be proactive by putting a research group into place, to develop appropriate methods consistent with biodynamic principles: the aim not being to eradicate leafhopper populations which carry the phytoplasma responsible for the disease, but rather to work on reinforcing the vine’s natural defenses whilst preserving the balance of life forces in the vineyard to fight this disease.

Other initiatives of this type are regularly created in France, brought about by a collective wish to enlarge the field of possibilities where each can realize results and the path traveled in biodynamics and the necessity of changing vine cultivating methods. In a fine, collective momentum, new, experimental spaces, complementary to biodynamics, are seeing the day: geobiology or bio-energy are promising energy approaches for the future of vines which will be able to bear fruit in years to come thanks to the commitment and sharing of collective values from biodynamic winemakers. 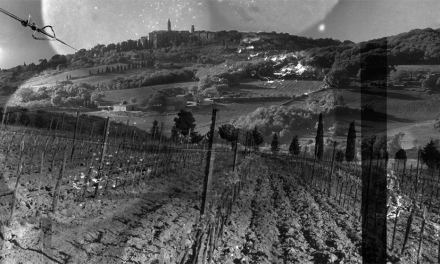 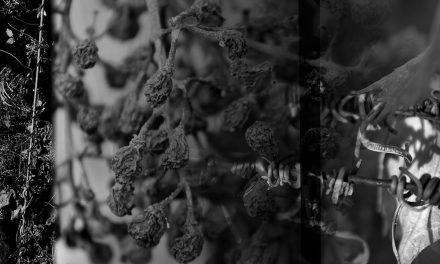 French AOC: Are we moving towards a paradigm shift?