French AOC: Are we moving towards a paradigm shift?

The common point of these winemakers: their commitment with the vines and in the cellars to produce alive wines as naturally as possible.

In the French viticultural landscape, the AOC label, (Appellation d’Origines Controllées/label of controlled origins), is a well-guarded secret. Supposed to protect the signature characteristics of our vine ‘terroirs’, they are frequently damaged by powerful wine networks who have clearly understood their economic value and the importance of not changing anything in order to continue reaping the benefits.

But a ray of light has recently shone in the media with debates around this sensitive subject and shown that, taking into account the evolution of wine practices was necessary, otherwise the status of French wine AOCs, already stung, was going to suffer long-term from this conservative obscurity.

So in 2015, the case of Alexandre Bain, a winemaker in the Loire, revealed local tensions around AOC, well beyond the circle of an informed public. He was in fact reproached for one of his Pouilly Fumé vats which didn’t have the criteria for the label and the wine was refused certification under the pretext that it was oxidized. To tell the truth, the problem resided essentially in the fact that Alexandre Bain’s biodynamic wines very closely express the terroir which is not yet accepted by the organizations who certify AOC in France today. His case was preceded by many others who saw themselves under the threat of the AOC being withdrawn for different reasons (Sébastien Riffault, Olivier Cousin who chose to leave or Domique Derain who fought to regain the label).

Therein lies the rub: their methods, which are sometimes avant-garde in the French wine-making countryside and often full of good sense (covering with grasses, natural treatments such as infusions, no input except sulfur, etc.) are not accepted by the wine industry.

Too simple and transparent probably…

The rules are therefore biased to force the free electrons to return to the ranks under penalty of losing their AOC certification that many still consider today is the fundamental guarantee, guaranteeing the quality for the consumer and the visibility for the winemakers.

These recurring situations, which are only going to increase in the years to come, are a reflection of a lack of understanding (of the industry and institutions) of the wine world in 2018 as well as major environmental and societal issues of our time. This raises a number of questions on the aptitude and legitimacy of the certifying organizations to comprehend alive wines according to the established criteria. An important indicator is the constant increase of commercial wines with no classification – so these wines become a protest sign as an affirmation of the winegrower to claim his work.

There are also those who experiment and so, by default, cross out the AOC because they know that the certification will be refused – even if this experimental work deeply respects the characteristics of a terroir. Jean-François Ganevat, la famille Arena, Zelige-Caravent and many others have vinified and commercialised under the classifications of Vins de France or Vins de Table. But their reputations precede them, what’s at stake is perhaps different.

It seems to me urgent to take action if we want to conserve the special features of French viticultural terroirs. To reclaim this notion of individual terroir to French AOC to avoid it becoming the refuge for winemakers who misappropriate the first meaning.

French AOC are part of our heritage, the DNA of French viticultural lands and must be carried on by the new generation, who could, eventually, withdraw themselves in a definitive way, encouraged by the tendency of wines with no geographical attachment, as if the terroir would become obsolete: the only value being the grape variety, with absolutely no classification.

To strengthen themselves, the AOC should therefore celebrate the diverse practices, the originality of the climates and the geographical areas as well as supporting cultivation methods which are respectful towards their environment and the consumer.

It is important to recentralize the debate around these facts and the final quality of the wine – particularly when we know that a number of professionals recognize that almost half the wines produced under the AOC classification do not deserve it.

The reform hoped for by the government ten years ago, was not conclusive and a change of paradigm is absolutely necessary today for the survival of the AOC in the French wine landscape.

I recently saw the document below, at a prime time on a public channel, which consoled my heart! A seed is germinating and we can only hope that this will reawaken consciences.

Of non-AOC wines are exported every year 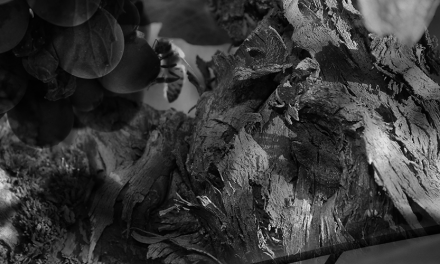